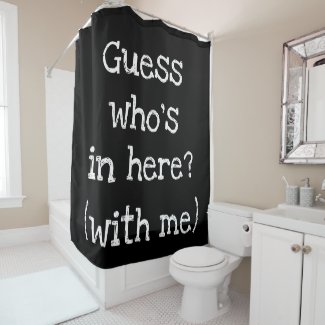 Guess who’s in here with me Hilarious Shower Curtain

Guess who’s in here with me Hilarious Shower Curtain

Who says bath time has to be boring? No one! (I just made that up…)

If you enjoy a good laugh (even in the bathroom), I believe you are going to enjoy these hilarious shower curtains! They will definitely make your guests laugh while doing their business…

These funny shower curtains will also make great housewarming gift ideas for people with a sense of humor! How about this Funny Shower Curtain Cat Riding Narwhal? Two of Internet’s most beloved creatures in one unique, meme-worthy shower curtain!

As if that weren’t enough, this baby is machine washable and printed in 100% waterproof polyester. (Wait, do these contradict themselves?) 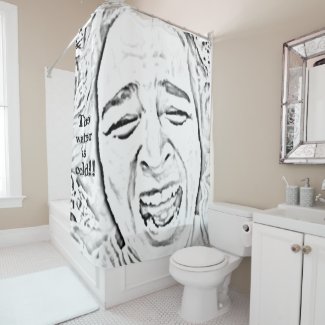 This is a funny black and white crying woman face drawing shower curtain that also says ‘The water is cold!’

Why a lumberjack? Why a bear? Why not? Go for it, faceless lumberjack!

In this epic battle between bear and lumberjack, the bear is clearly the winner as you can see that the lumberjack obviously missed his shot.

(Of course, it is no surprise how this was going to end, as the poor Paul Bunyan wannabe has no face. No eyes = poor aim.) 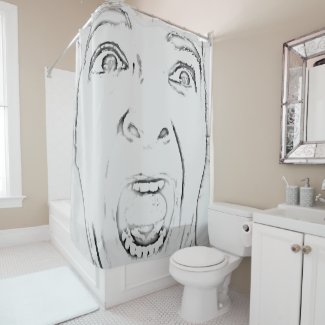 This is by far one of the most hilarious shower curtains around in my opinion!

It is a hilarious screaming person face print light gray shower curtain. If it doesn’t make your guests laugh, it will make them run scared from your bathroom! 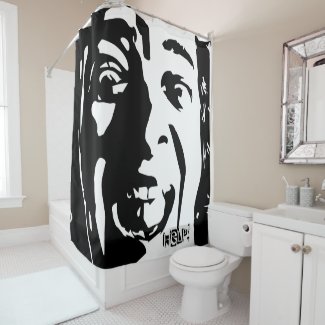 This giant black and white screaming face design shower curtain saying ‘HELP!’ will have all your guests running scared from the bathroom even before they finish their ‘business’… Yikes!!

Mad Hippo Roaring in the Shower

I’m sexy and I know it If you’ve always wanted a screaming hippopotamus in your bathroom… want no more!

Here is your dream come true, this silly shower curtain that does what it’s supposed to do and bears no reflection on the person in the shower. (Because it is not meant to be an offensive curtain, mkay peeps?) 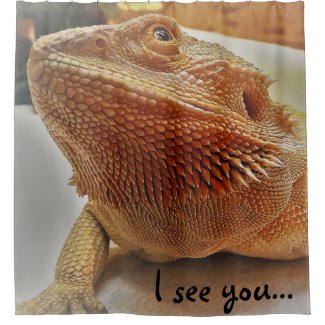 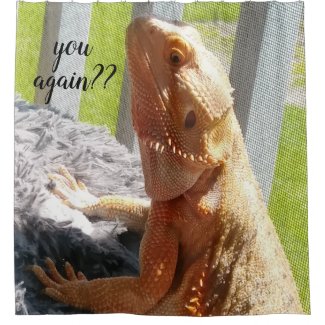 This hilarious bearded dragon picture shower curtain is absolutely perfect for a lizard lover’s bathroom! The cute beardie is looking down and saying ‘you again??’ 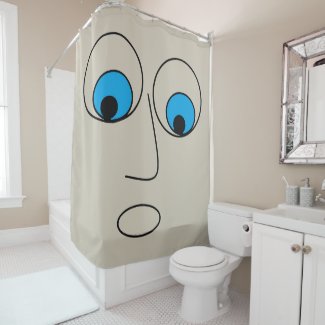 This is a cool and funny ‘surprised’ cartoon man’s face design shower curtain. Hes got big blue eyes and he is either surprised or scared by what he’s seeing… 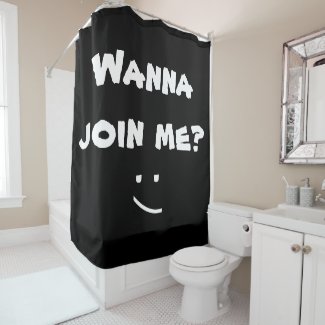 Well, this funny and ‘flirty’ design shower curtain says it all… ‘Wanna join me?’ Straight to the point!